If you a fan of intel or AMD, get ready for a new CPU socket. The companies are going to introduce a new next-generation CPU socket in 2022. 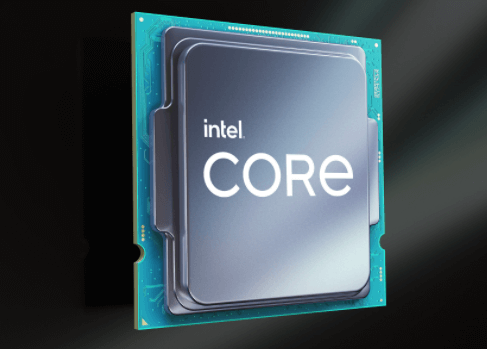 In addition to upcoming hardware releases, we will regularly restructure this article to better organize the information. Whenever significant changes are made to this article, so stay tuned with us.

AMD has confirmed that the new Ryzen processors using 3D V-Cache technology, will debut in June 2022 with significant performance improvements over the existing Ryzen 5000 CPUs. 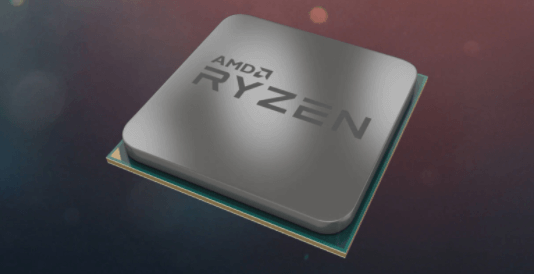 With the confirmation that new Zen 3 CPUs will be available in early 2022, along with the aforementioned refresh of existing models with 3D V-Cache boosted cache performance, these processors are set to deliver a 15% performance boost.

A gain of 15% tune-up is what we would typically expect from an entirely new range (and architecture) (at 15% to 20% ballparks anyway). This year will not be a refresh of the Ryzen 5000 XT, but a whole new generation of Ryzen 6000 models. 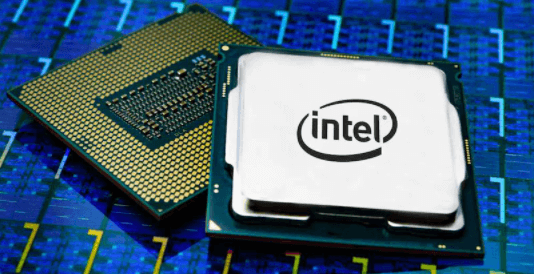 3200MHz memory is common among gamers today, and 5600MHz is a 75% increase in raw clock speed. Grand Ridge is expected to launch in 2021, but architecture may be delayed due to the processor’s planned use of the 7nm HLL+ process.

Since Grand Ridge is Atom-based, this design appears to be the successor to Snow Ridge, a CPU design designed for 5G base stations.

According to the rumors, Grand Ridge supports up to 24 cores running at speeds up to 2.6 GHz. Intel’s Snow Ridge processor operates at up to 2.2 GHz, making its successor 400 MHz faster.

According to HardWaresFera Intel Grand Ridge will be released at the end of 2021. Source

3. Intel Elkhart Lake-Expected to release in 2022

Built with the Tremont Atom core, the new processors are available in three processor series: Pentium, Celeron, and Atom x6000E. They are all built from the same silicon die, offering up to 4 Atom cores with 3.0GHz turbo frequency at TDP ranging from 4.5W to 12W, Gen11 graphics up to 850MHz (up to 32 EUs, 3 4K60 displays). 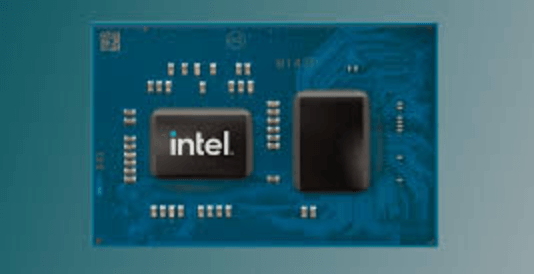 All processors support up to LPDDR4X-4267 or DDR4-3200. In-band ECC support is segmented. Atom x6000E parts have support, but Pentium and Celerons do not. The expected release date of Intel Elkhart Lake is 2021. However, due to a busy schedule, this CPU may be released at the starting of 2022. 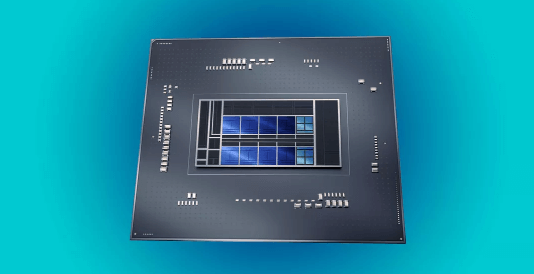 The first 12th-gen processors are desktop-class but still make interesting comparisons with Apple’s M1 Pro and M1 Max chips in the 14- and 16-inch MacBook Pro models.

Intel marks this chip as drawing up to 125W of power at the base frequency and up to 241W for the Turbo. support.

Intel expects to launch its 12th Gen Core processors for notebooks in early 2022.

5. Intel Sapphire Rapid-Expected to release in 2022

Intel has released an update to the planned deployment of its next-generation Xeon scalable platform known as Sapphire Rapids. Sapphire Rapids is the base platform for the upcoming Aurora supercomputer and is set to support advanced technologies such as DDR5, PCIe 5.0, CXL, and Advanced Matrix Extensions. 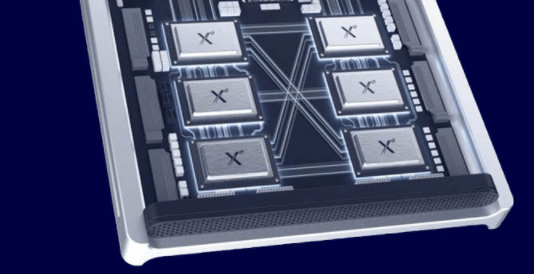 Today’s announcement reaffirms Intel’s promise to bring Sapphire Rapids to market for widespread availability in the first half of 2022, while early customers are currently using early silicon for testing and optimization.

Intel is leading the news wave by announcing that additional validation time is being incorporated into the product development cycle to help upper-tier partners and customers increase efficiency. Optimization and ultimately deployment.

To that end, Intel uses Intel’s internal designations to work with current top-tier partners, typically using early silicon such as ES0 or ES1, who help validate hardware against issues across a wide range of workloads.

As former Intel CTO Mike Mayberry stated at the 2020 VLSI conference, Intel’s hyper-scale partners will test 10-100x more use cases and edge cases than Intel can validate, so working with them is critical to the release cycle. become part.

6. Intel Raptor Lake-Expected to release in 2022

It started with the launch of the Tiger Lake-H series at CES, a new version of the 11th generation laptop chip designed for gaming. However, Tiger Lake doesn’t include any desktop chips, so we had to wait until March for the 11th Gen Rocket Lake CPUs to launch. 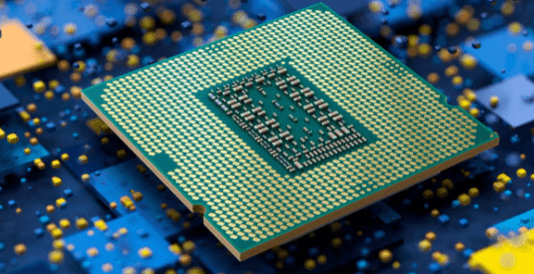 So, given that the 12th Gen Alder Lake chips are expected to include desktop and laptop CPUs, they will technically be the successors to both. Still, confused? You can now.

The focus of this article will be the 13th gen ‘Raptor Lake processors, but it’s still unclear whether they will include laptop chips and the already rumored desktop CPUs. Either way, here’s everything you need to know for this initial step.

While this doesn’t confirm anything specific, but I look the Intel Raptor Lake will release in mid of 2022.

AMD could introduce some of the upcoming Ryzen 7000 Zen 4 Raphael desktop products with RDNA 2 graphics in the Raphael-H mobile with up to 16 cores and significantly higher performance than the Zen 4 Phoenix-H. 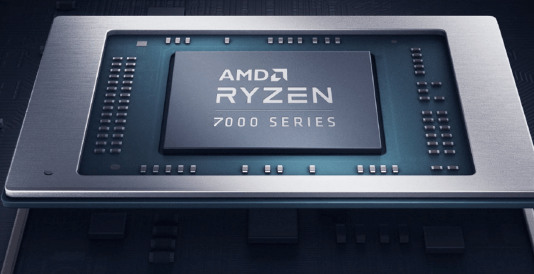 Although unconfirmed, if this move is true, it could be seen as AMD’s opposite of Intel’s plans to push high-performance mobile CPUs beyond 55W TDP with Alder Lake-S mobile and subsequent Raptor Lake mobile parts.

We’ve been hearing about AMD’s upcoming Ryzen 7000 Zen 4 Raphael lineup for quite some time. So far, we’ve looked at the roadmap where Raphael on the desktop will be complemented by Phoenix on mobile.

Now it looks like AMD may be able to offer a mobile version for Raphael to the enthusiast gaming and content creator laptops.

With the Ryzen 7000 Raphael, AMD will probably be the first to use an RDNA2 integrated GPU with a 5nm Zen 4 core on a desktop. With Navi 2x processing available directly on the die and the efficiency benefits of moving to 5nm, AMD may be preparing a much more powerful mobile chip than the typical U, HS, and H-series offerings.

So far, the only device with the Ryzen 9 5980HX is the Asus ROG Zephyrus Duo 15 SE. So there is a niche market but extreme performance mobile parts, and AMD may want to take advantage of it with their future processor family.

But the segment isn’t exclusive to AMD. We previously reported that the 12th Gen Intel Alder Lake Mobile will be available in several TDP variants, including the Alder Lake-S variant (aka “Muscle”), with a BGA1964 socket configured in the 45-55W TDP range.

Alder Lake-S BGA’s top-of-the-line Core i9 variant will feature eight Golden Cove, eight Gracemont cores, and 32-EU Xe graphics components. However, Alder Lake isn’t going to be AMD’s nemesis when Raphael-H and Phoenix-H hit the market in early 2023. Intel is preparing Raptor Lake on the desktop using the Intel 4 (7nm) process with up to 24 cores. And 32 threads.

High-end Raptor Lake mobile parts can boast the same or more cores than Alder Lake-S, and AMD doesn’t want Intel to get all the attention.

We expect the Ryzen 7000 Phoenix-H to be rated at up to 45W, with an unlocked variant of up to 65W likely to be incorporated into the Ryzen 7000 Raphael-H family. Both platforms support DDR5 memory.

Meanwhile, AMD is expected to offer Rembrandt with 6nm Zen 3+ cores and RDNA 2 graphics. A temporary Van Gogh series with 7nm Zen 2 cores will also be released, which is thought to be some sort of testbed to see how well the RDNA 2 integrated graphics will work.

Based on the latest leaks, AMD’s next-generation Ryzen 7000 series high-end laptops with Zen 4 cores aim to be the best mobile platforms when they launch in late 2022 or early 2023.

8. Intel meteor lake-Expected to release in 2023

Intel revealed this week that it has successfully powered the compute tiles for its next-generation Meteor Lake processors, which are expected to hit the market sometime in 2023. The Compute Tile is the company’s first highly complex chip built using Intel 4 (I4) manufacturing.

This indicates that the node was relatively healthy two years before commercial deployment. Intel says the chip has performed in line with expectations for this phase of the CPU development cycle.

At Intel 4, we taped the compute tiles for Meteor Lake, came out of the fab this quarter and powered up with great performance in less than 30 minutes. Powering on is an important product milestone indicating whether the first version of silicon can turn on and work. At this point, no one expects silicon to show breakthrough performance or be 100% reliable.

Rather, we don’t expect to reveal all the characteristics of silicon, allowing developers to tweak their designs and develop the rest of the platform’s components. Over time, Intel will introduce additional compute tiles from Meteor Lake for a variety of uses. Given the current cost of chip design at the cutting-edge node, all companies prefer to keep the number of silicon iterations as low as possible.

Intel’s Meteor Lake CPUs will probably be the company’s 14th Gen Core processors and are expected to bring a lot of innovation to Intel’s client PCs.

The Meteor Lake processors will be Intel’s first client PC CPUs to adopt a multi-tile design with Foveros packaging technology. So far, Intel has only revealed that Meteor Lake’s compute dies will be made using their I4 manufacturing process (previously known as 7nm), while SoC dies will be produced using low-power nodes.

It’s worth noting that Intel expects the Meteor Lake design to scale from 5W to 125W. This suggests a very wide range of applications that these processors can handle, including traditional processors such as tablets, laptops, and desktops.

The chip is expected to use either LGA 1700 or LGA 1800 packaging but is not expected to be compatible with the LGA 1700 motherboard for Intel’s 12th Gen Core ‘Alder Lake’ processors.

The leak confirms that the Strix Point APU series will be based on the TSMC N3 manufacturing node and will feature Zen5 and Zen4D architectures. The details are hidden, so we don’t know the specs of either product, but over time (generally) it will be revealed. 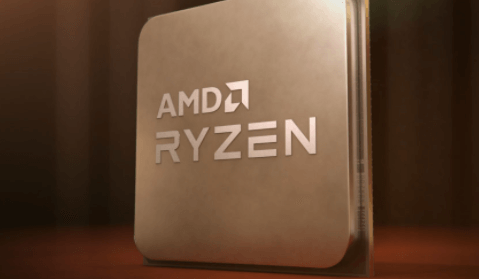 This rumor was confirmed yesterday by another leaker, suggesting that the information is based on the same roadmap or that AMD has released a new roadmap for multiple sources at the same time.

Strix point adopts the hybrid architecture of zen5+zen4 and introduces a new cache. The desktop version may adopt this model, but the same 3nm will certainly be used.

The Zen 4 architecture is expected to launch in 2022 and these APUs are expected to arrive around 2024. We will add more details as the Ryzen shares the Ryzen 8000 series new updates.

Technology company Intel is reportedly working on a 14th-generation Luna Lake processor. According to the rumor, Intel hinted at a potential release date for the new processor. 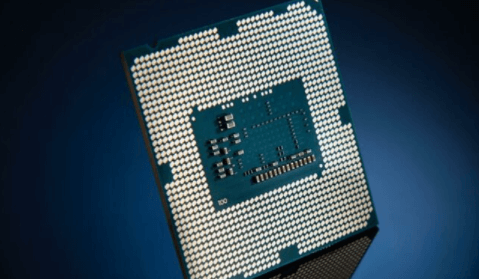 The patch notes say it’s for the Intel Ethernet Driver e1000e, a 1Gbps NIC for Linux systems. The support for Intel Meteor Lake CPUs was added in October 2020.

The Intel Luna Lake CPU series will replace the Meteor Lake processors around 2023 or 2024.

There is currently nothing official about Intel Luna Lake CPUs. Those waiting for a new processor should be aware that the release schedule is always subject to change and there is also the possibility that the processor will be canceled before the official launch.