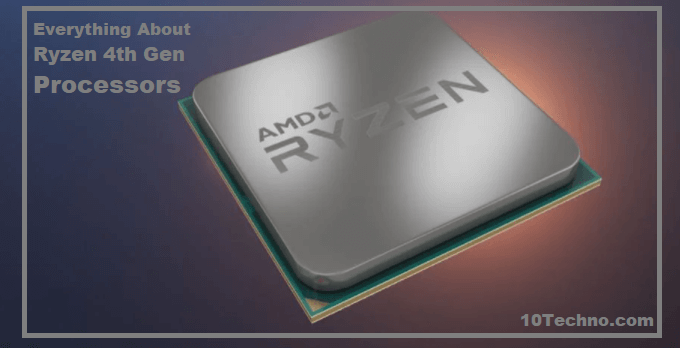 The new chip comes with 64MB of L3 cache and, surprisingly, has a TDP of only 105W for all its performance. For gaming, all of this is a 26% improvement in gaming performance over the previous generation Ryzen 9 3900XT, with benefits like a 22% performance boost in Far Cry New Dawn and a 50% performance boost.

This new Zen 3 processor series delivers the best single-threaded gaming performance ever seen with an AMD processor. Zen 3 sticks to the 7nm architecture, but AMD was able to develop the first 8-core complex.

This allows eight CPU cores to work together on the same board instead of being split into two separate four-core complexes connected by an Infinity Fabric.

The 4th generation of Ryzen also saw significant improvements in power efficiency. AMD promises a 20% increase in efficiency and a 2.4x increase in performance per watt compared to the previous generation.

Will AM4 motherboard support Zen 3 and Ryzen 4th generation?

When AMD unveiled the AM4 socket, the company announced that they plan to support the socket through 2020, providing support for all next-generation AM4 processors across their entire motherboard lineup.

This move goes against the standards set by Intel where each CPU socket supports 2nd generation processors. After that, Intel will move to new or modified sockets, so users can’t afford to upgrade.

Now that we enter 2020, things will change. AMD has specifically stated that it will support older 300 and 400 series AM4 motherboards through 2020, and design constraints have made it harder than ever for motherboard manufacturers to add support for new CPUs to their legacy lineup.

AM4 is here, but 300/400 series motherboards do not guarantee support for Zen 3.

With an up-to-date information dump on AMD’s B550 motherboards, AMD has confirmed that their 500-series AM4 motherboards will support AMD’s upcoming Ryzen 4th generation processors.

The problem here is that the BIOS chips found on AMD’s previous AM4 motherboards are limited and motherboard manufacturers have struggled to add support for Ryzen 3000 series processors to their previous 300-series and 400-series lineups.

This limitation will be a bigger challenge, if not impossible, only if this level of motherboard support is expected in Zen 3. Now that AMD has delivered on its promise and supported AM4 through 2020, AMD has determined that it is now appropriate to mark the 500 series.

Motherboards as a cut-off point for guaranteed Ryzen Gen 4 support.

What does this mean for users of 300/400 series motherboards?

Users of older Ryzen motherboards will benefit from BIOS support for AMD’s Ryzen 3000 series Zen 2 processors, which will increase core count, clock speed, and power efficiency by up to 2x.

This will allow motherboard makers to keep their chipset prices low and support the next generation of Ryzen processors in AM4.

It provided a clear cut-off point for CPU support on socket AM4 with the B550. With the X570, AMD has taken similar steps by removing support for AMD’s original Ryzen 1000 series processors.

How Much Does it Cost To Build a Gaming PC in 2022? Quick Guide
Best Graphics Card for Ryzen 7 2700x
How to Start Vlogging with iPhone in 2022?
How to Make External Hard Drive Compatible with Mac and PC Without Formatting