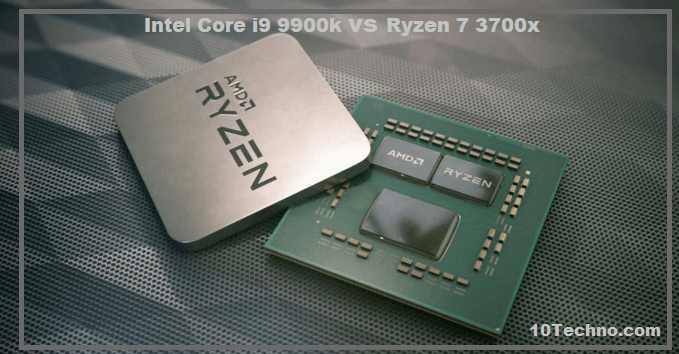 What is the major difference Between Intel Core i9-9900K & Ryzen 7 3700X in-game performance, price, specs, and more. The main difference is that the Intel i7 9700k has higher single-core performance due to its clock speed advantage, making it more suitable for gaming.

However, the Ryzen 7 3700X offers better multi-threaded performance thanks to SMT, so it plays well and provides better editing and multitasking experience. 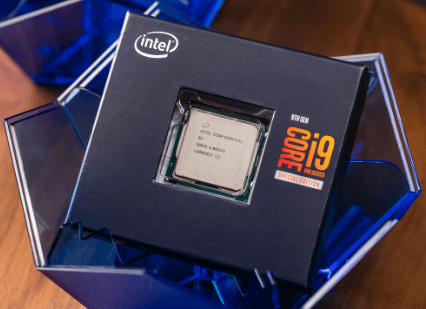 The Intel Core i9-9900K is a high-end desktop processor based on the Coffee Lake architecture. As of the late 2018 announcement, the 9900K is the fastest Coffee Lake CPU and offers an open multiplier for easy overclocking. The CPU incorporates 8 cores (16 threads) clocked at 3.6 – 5 GHz and requires a new Z390-based motherboard.

Thanks to the two additional cores, multi-threaded application performance is up to 25% faster than the previous Core i7-8700K. Single-threaded performance is slightly faster due to the higher clock speed. As a high-end desktop CPU, the i9-9900K is suitable for even the most demanding applications and is perfect for 3D gaming.

The integrated Intel UHD Graphics 630 graphics card is clocked up to 1.2 GHz and has no advantages over the previous generation. Since it’s an ultra-low-cost GPU, only some low-end games like Hearthstone are available (see the GPU page for benchmarks).

Intel specifies a TDP of 95W, so if the CPU is used in a laptop, you’ll need a large, chunky cooling system to avoid throttling and low clock speeds under constant loads. When overclocking the CPU, power consumption can easily go up to 200 watts. 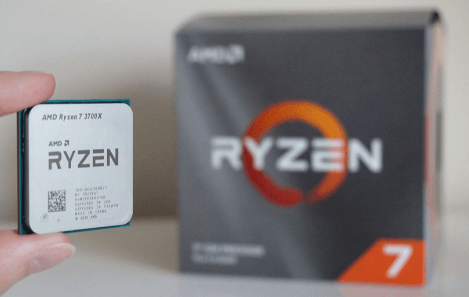 The AMD Ryzen 7 3700X is a desktop processor with 8 cores and Hyper-Threading (SMT), so it can handle 16 threads simultaneously. With a July 7, 2019 launch, it is the second-fastest Ryzen 7 processor after the Ryzen 7 3800X, and with a 65-watt TDP, it is significantly more economical than the fastest Ryzen 7 model.

The performance of the AMD Ryzen 7 3700X is consistently excellent in all applications. Especially in multi-threaded applications, the native 8-core can show its strength here, and the Intel Core i9-9900K can reach it despite its low TDP. The two CCX clusters, each with 4 CPU cores, are on the CCD (4 cores, each with their own 16MB L3 cache).

It measures 74mm² and is manufactured using TSMC’s new 7nm process. The I/O die is separate and still comes with the old 12nm structure width manufactured by Gobalfoundries. The AMD Ryzen 7 3700X can convince gaming thanks to its improved IPC.

Ryzen still has to admit defeat for now, as Coffee Lake processors offer slightly better performance in most games. Things can change quickly with future support for more cores.

The 9900k is about 5-10% faster than the 3700x in 1080p games using the 2080ti. The main difference will be reduced at higher resolutions or when paired with a slower GPU. It’s the same for most productivity jobs.

Neither product has convincing evidence of the future. However, the R7 3700X is better than and as inexpensive as some other CPUs are, so it’s currently considered a great future-proof CPU. The future proof is a relative term.

Great, but seriously overkill for 4K. Paradoxically, higher resolutions require less CPU power. This is mainly because the frame rate drops too badly.